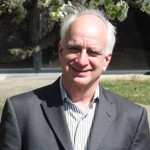 Brexit waters are uncharted, so the first thought is that no one can possibly know the final outcome.

This last point, while not crucially important to anyone else, may be the most significant. Not because London’s role as a center of finance or money laundering is crucial to the world economy — it is not.  Rather, because the Brexit vote reflected similar patterns elsewhere that could have a continuing major impact.

These issues are major.  Centrifugal forces are pulling Western countries apart.  Things that have been taken for granted, like expansion of individual autonomy, or multiculturalism versus the traditional concept of the melting pot, and free trade, will have to be faced squarely.

Indeed, the question of “national character,” or even of whether countries like the UK, Spain, Belgium and Italy should each be split into two or even three smaller countries, will need to be dealt with.  Scotland’s pro-EU vote is a leading indicator.

These are amazing days.  Unfortunately, many of the emerging actors will be demagogues or even Fascists, whose shrillness will make rational discussion of  these vital issues very difficult.